Changes May be Coming to the CBRS Band

A few weeks ago, we discussed the CBRS Band and how can it be beneficial to your business. Now the FCC is considering some changes to the innovation band, which may be good for innovation but bad for rural wireless internet service providers.

The FCC is planning to vote later this month on exploring changing the rules for the 3550-3700 MHz spectrum band. The suggested rule changes include creating larger license areas for longer time periods. According to supporters, the rule change is meant to facilitate the deployment of 5G services.

According to an FCC draft notice of proposed rulemaking, the changes would apply to priority access limited spectrum licenses, better known as PALS. These licenses are awarded at auction and are in limited supply. It allows licensees to operate in certain areas, such as along the coastline or around military bases when the spectrum is not in use by the U.S. military. A database keeps tabs on when the spectrum is not in use. Licensees get priority to these areas over unlicensed users, who can only use the CBRS band when neither licensees nor the military is not using it.

Currently, PALS are issued on a census tract basis for three years, which makes these licenses more affordable to rural WISPs. However, the FCC is now asking for public comment on changing the size license area to a partial economic area. In addition, the FCC is looking for comment on a recommended license term, including a possibility of expanding that term to 10 years.

The Downside of the Changes

However, there is an issue with WISPs if these changes are approved. If licenses are awarded at auction and have an expanded license term, it could make it more difficult for carriers to obtain licenses for fixed broadband wireless services in rural, remote areas – areas such as the Poconos where it’s too costly to deploy a wired broadband infrastructure.

The Wireless Internet Service Providers Association (WISPA) had recently voiced its concern over the proposed changes. In a statement, it said it was “very disappointed” with the commission’s proposals and plans to speak out in the upcoming proceeding.

The FCC’s October Open Meeting will be held on October 24 where these rule changes are tentatively scheduled to be discussed. If you wish to learn more about the proposed changes, click here.

If you’re interested in getting on the CBRS band, SWG, Inc. has the equipment you need. Contact us today for more information or visit our online store.

SWG DEALS DELIVERED TO YOUR INBOX 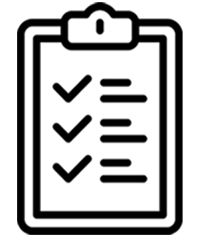 Drop us a line and one of our
specialists will be in touch shortly
to discuss your project needs.

On all certified pre-owned and repair

On all certified pre-owned and repair

On all Certified Pre-Owned and Repair